Chat with us, powered by LiveChat
Skip to content

GeekWire Awards: Cast your ballot for the top CEO 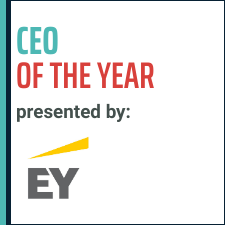 CEOs did not have an easy task running their companies over the past 12 months — navigating a series of tough societal, economic and public health challenges. But even in the face of significant headwinds —  some of which have never been faced by business leaders — the four CEO of the Year finalists for the 2021 GeekWire Awards stood out.

Submit your votes below, grab your tickets, and keep scrolling below for descriptions of each finalist for CEO of the Year, presented by EY.

Create your own user feedback survey

Pivots are a big part of business, and Sandi Lin knows a thing or two about those. Her first two attempts at what eventually became Skilljar — an effort to create a Yelp for online classes and then a platform for instructors — didn’t really work. “I call those my first two failed startups,” Lin said late last year after her company raised $33 million in venture funding.

The money started flowing because Lin, an ex-Amazon product manager who is well versed in the company’s leadership principles, eventually found a winning model of helping corporations operate customer education programs and employee training initiatives. The pandemic, which sparked a boom in online training and education, only accelerated Skilljar’s growth.

At Skilljar, Lin said she draws on the talents and expertise of her employees, customers and shareholders to make decisions. “My approach is to absorb as much data and inputs as I can, then synthesize and come to a decision or conclusion,” Lin told GeekWire in 2018. “Usually my best ideas come from talking to many people and hearing multiple points of view.”

Eugenio Pace’s first attempt at building a startup in his native Argentina failed. But the entrepreneur was undeterred and several years later after stints at Microsoft, Pace co-founded Auth0 in 2013. That venture turned out slightly better, with Auth0 announcing its sale to Okta earlier this year for $6.5 billion. A voracious reader who is in constant motion, Pace believes the best CEOs must know how to adapt.

“Don’t assume what worked in the first year of your life as a company will work in the second year and the third year. Each year is a different beast,” Pace told GeekWire in 2018 interview.

Even before the pandemic, Pace and his team embraced a distributed workforce model, with its 850-person team scattered across the planet. To make that work, communication is key.

“You will not find another person on Earth that cares more about understanding someone and communicating something clearly than Auth0 CEO Eugenio Pace,” former Auth0 board member and venture capitalist Sunil Nagaraj recently wrote.

As a former U.S. Navy diving officer, Karl Siebrecht knows the precision and accuracy it takes to operate under water. And now the former online advertising executive is applying some of that logistical and industrial operations knowledge he learned in the Navy to Flexe, a pioneering Seattle software startup that’s transforming how businesses access warehouse space.

A veteran technology executive who previously worked in leadership roles at AdReady and aQuantive, Siebrecht admits that Flexe may seem a bit “unsexy” on the surface. But it’s a huge $1.5 trillion market, and 8-year-old Flexe is grabbing more share of it with nearly 2,000 warehouses across the country using its software to more efficiently distribute goods.

Given his experience of leading large technology operations, Siebrecht notes that he set sail with the mission to build an impactful company.

“When we started Flexe, one of the things I wrote down was: I want to build a company where people will say it’s the best company they ever worked for,” Siebrecht said recently on the What Fuels You podcast.

A self-described language and math nerd, Kieran Snyder combined those two passions to form Textio in 2014. The company’s augmented writing tools, designed to create more diverse and inclusive language, found a home among customers such as Nestle, Twitter and Zillow Group.

But Synder, a holder of PhD in linguistics from the University of Pennsylvania and a former Microsoft group program manager, encountered her biggest leadership challenge last year when the pandemic took root. Like many companies, Textio was forced to change gears, resulting in layoffs of 20% of the company. Snyder, who had always stressed an inclusive and familial culture, described the move as “painful.”

Snyder then set out to make sure those impacted by the layoffs found work elsewhere, promoting the impacted staffers on social media and assisting in their job searches.

Snyder also stepped up this past summer during the movement for social justice following the murder of George Floyd, setting an example for other leaders about how to listen, engage and act during a painful period in U.S,. history. And she’s long advocated the importance of diversity, equity and inclusion, not only preaching it as a core value of Textio but making it the cornerstone of the company’s main product offering.

Leadership is often tested in tough times. All of of the GeekWire CEO of the Year finalists showed impressive resolve, empathy, determination and grit. This will not be an easy choice for the GeekWire community.

Don’t forget to register for the GeekWire Awards here:

A big thanks to our longtime awards presenting partner, Wave Business, for supporting this fun community event. Also, thanks to gold and category sponsors: Blink UX, WSGR, JLL, EY, Premera, Dreambox Learning, BECU, WestRiver Group, ALLtech and First Tech Federal Credit Union. And to our silver sponsors BCRA and Kingston Marketing Group. If interested in sponsoring a category or another component of the GeekWire Awards, please contact us at advertising@geekwire.com.